Thank you for a great decade flying over Golden. For tandems try Red Tail, Vail Valley or Aspen Paragliding

Let your feet leave the ground.

With just a few short steps you will be comfortablly seated in your harness with your instructor guiding you the entire way, no experience required.

All tandem students are paired one-on-one with an instructor for the ultimate sky and mountain adventure.

We are Paraglide Tandem

How do I make a reservation?Book a Flight Now

To schedule a flight either book online or give us a call to complete the reservation. The evening before your scheduled reservation you will receieve a call confirming the weather, time and any other questions you may have. If for any reason the wind or weather forecasts will not allow paragliding we can offer a full refund or select another day. We fly from a beautfiul location where friends, family and specatators are encouraged to join in and participate in the experience. 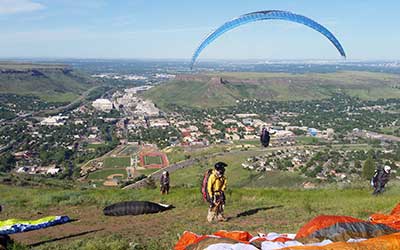 Our Mission.The adventure of a lifetime.

Tandem Paragliding is the best way experience the thrill of free flight in Colorado for the first time. Whether you are an aspiring pilot interested in learning to speedfly, paraglide or just want to fly like a bird, a tandem paragliding flight is the way to get in the air. This is free flight, not parasailing like you would see at the beach when on vacation. Anyone over 18 and under 225 lbs can fly. Paragliders can fly to 10,000 feet or higher while covering huge distances if the conditions are favorable. 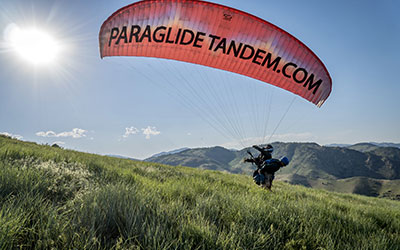 Summer 2021 Flying and Gift CertifcatesKnowledgable, passionate instructors eager to fly with you

We are in our most consistent season now through September. We are flying daily over Golden, Colorado. Each day as the sun hits our east facing slopes thermals form creating the rising air we need to soar. Come fly to find out more! Gift Certificates are now available for our 2021 season and can be transferred to anyone over 18 and under 225lbs.

Feet above the ground

Speed through the air 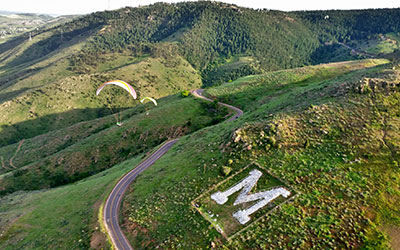 What you can expectKnowledgable, passionate instructors eager to fly with you

All Paraglide Tandem instructors share one thing in common, a love for the sport and teaching. The opportunity to share in the joy a student feels when their feet leave the ground keeps us coming back for more. Spending the morning paragliding with us in Golden, Colorado. 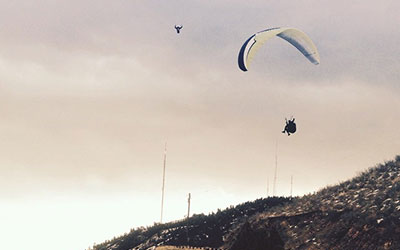 What is the Flight Like?The adventure of a lifetime.

After a short hike from the parking area to the launch located next to the School of Mines M we will take 5-10 minutes to review launch, landing and the fundamentals of paragliders in flight. With all of the preparation completed we are finally ready to launch!With a few quick steps we will take flight over Golden, Colorado and enjoy a 5-15 minute descent back to the LZ. During the flight you will be seated in a comfortable harness with 360 degree views of the Golden, Colorado valley. We will be able to communicate during the flight. Flying with instructor assistance on the controls is not just allowed but recommended! After landing we will pack up the wing and revel in the fact we are one of the first generations to successfully explore unpowered flight 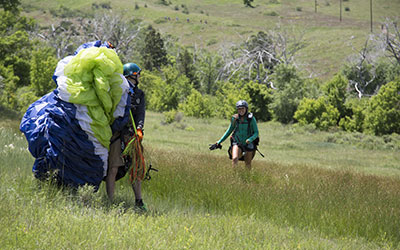 How you can fly soloEnroll in a training program

Flying tandem is the first step towards becoming a licensed paraglider pilot. All tandem flights count towards an initial beginner pilot rating (P2). A tandem flight allows a high mountain thermal experience with an experienced instructor with little to no training Golden is an advanced front range paragliding site offering a complete soaring flight experience helpful in deciding if flying for you. Golden requires all pilots to have experience. All primary instruction takes place in North Boulder. We recommend Misha Banks with Red Tail Paragliding.Contact Red Tail for more info on how to complete your certification.

"The secret of flight is this -- you have to do it immediately, before your body realizes it is defying the laws."

All Tandem Paragliding Lessons are $250

You can also purchase a transferable Gift Certificate that can be used at any time during our 2021 season.

Get in Touch with us

Still have Questions? Contact Us using the Form below.

Send us an Email

"For once you have tasted flight you will walk the earth with your eyes turned skywards, for there you have been and there you will long to return." 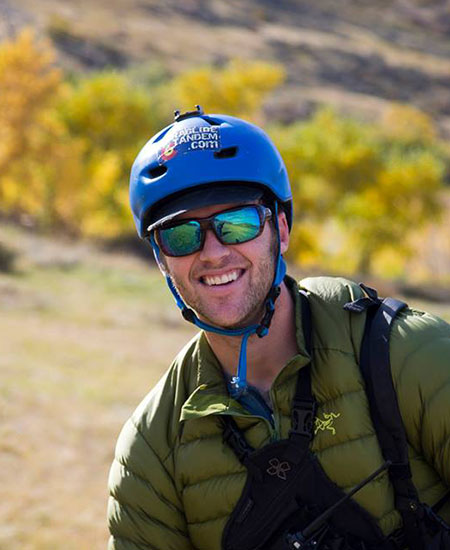 Instructor
Aviation is more than just a hobby for Jason, it is a life long passion. He lives in Golden, Colorado at the base of the launch site. He is also an FAA Certified Flight Instructor in both single and multi-engine aircraft. Outside of paragliding, Jason has worked in commerical aviation for his entire professional career.
Contact Me 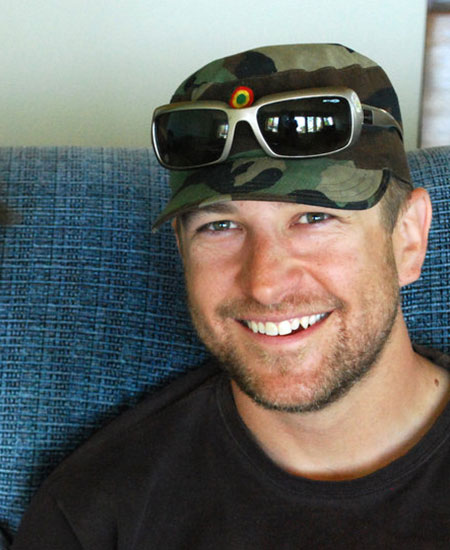 Instructor
Darren originally learned to fly in New Zealand and has flown in Argentina, Chile, Bolivia, Peru, Australia, Indonesia, India, Nepal and throughout the American west. After traveling the world he returned to Colorado where he has been flying for the past 5 years. Darren has enjoyed the scenery and camaraderie of the pilot community here as much as anywhere in the world.
Contact Me 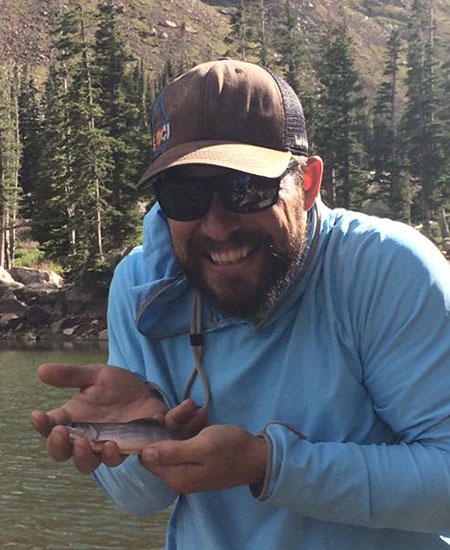 Instructor
Gary has a passion for the outdoors, paragliding, ski patrolling, climbing, fishing and playing in the water . He is also specializes in manufacturing critical aerospace components and has received NASA awards. One of his favorite things about paragliding is watching people's face when he explains he's unfolding an aircraft out of his backpack to share the experience of flight.
Contact Me 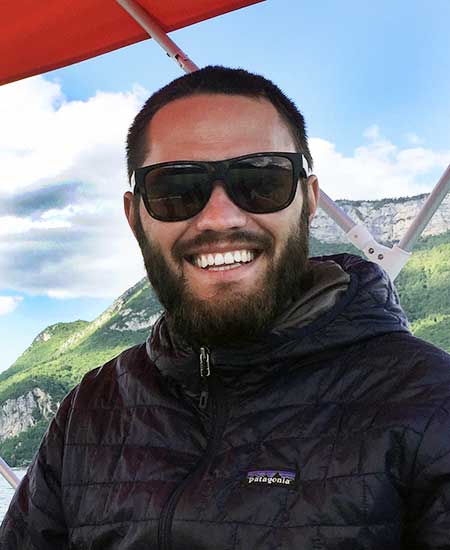 Instructor
David grew up surrounded by paragliding in Aspen, Colorado. He went on his first tandem when he was five years old. He has competed internationally and flown paraglider a in several different countries. When he isn't paragliding, David works as a civil engineer.
Contact Me 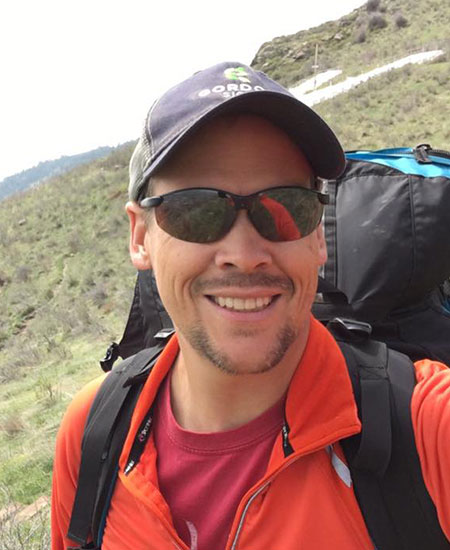 Instructor
Whether it's hiking or biking with his daughter, or sharing his passion for flight flying tandem, his excitement is contagious. Spending the past 10 years paragliding, Benzie has made it a point to continually learn, and share his knowledge with others. When he's not outside, you can find him at his day job as a graphic designer.
Contact Me 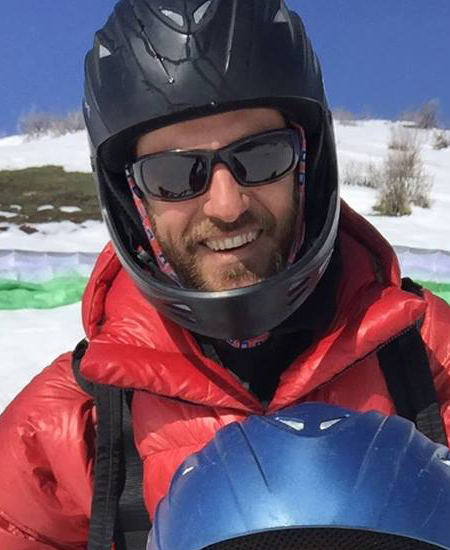 Instructor
Josh comes from a mountain sports background and is an avid mountaineer, backcountry skier and alpine climber. He started paragliding in 2011 and has since been passionate about the way that paragliding has expanded his alpine world. He has flown paragliders on four continents and in many mountain ranges around the world, most recently the Himalayas.
Contact Me